Essential Oils for Relaxation and Sleep

I favor oils that are very lush and grassy with floral notes, like Geranium essential oil. While Geranium is pretty subtle, sometimes the extra lush scents are strong and take awhile to get used to. My second favorite essential oil is Clary Sage with its nice floral, green scent.  It has a strong aroma, but you don’t need to use much to benefit from its relaxing properties. It turns out that Clary Sage is a great oil for women to use to ease menstrual pain and irregular periods (but shouldn’t be used during pregnancy).  It can also be used as an astringent in a diluted form.  Be careful though, as Clary Sage is said to have narcotic effects if used too often or in large quantities and should be avoided if drinking alcohol.  Just a drop in a candle diffuser smells good and helps me unwind and relax.
Another oil that I didn’t like at first but have come to use quite a bit is Roman Chamomile.  Initially, the earthy scent was too strong and the floral notes were not strong enough. An incident  helped me change my opinion on Roman Chamomile, though, and actually made me an aromatherapy convert.
One afternoon in the shop, back when I was still pretty new, one of us (not me of course!) spilled a fairly large quantity of Roman Chamomile on the counter. Its strong scent filled the whole shop. Even after we cleaned up, it was very pungent and overwhelming. After awhile, we realized that we were all feeling pretty drowsy and decided it was best if we left for the day and let the shop air out.
I went home and slept for a couple of hours, which was very unusual for me as I’m not a napper and never sleep during the day. This incident, more than any other experience so far, convinced me of the power of essential oils and aromatherapy. I now use Roman Chamomile to help me fall asleep when I have insomnia and it works every time. Just one or two drops on a bandanna under my pillow does the trick. It is an amazing oil.
Roman Chamomile and Clary Sage essential oils are my favorites for relaxing and for bedtime sleep aides. They are healthy, natural, non-addictive ways to unwind and get a restful night’s sleep.

Dreaming Earth Botanicals
4.8
Based on 18 reviews

Leslie Lyons
23:09 25 Jul 18
I ordered a lava stone bracelet & received it today & I absolutely love it!! It came with a small bottle of lavender & a dropper. The bracelet fits perfect & I love the lavender oil!!

Syd Stoik
21:22 25 Apr 18
I was blown away by my first experience with Dreaming Earth. I was having trouble finding a particular essential oil in town after a shipment delay on my incoming wholesale order. These guys immediately set me up with exactly what I needed at a fair price. The quality was phenomenal, and their customer service was top notch. I brought my 2 year old with me to pick up my purchase, and they were WONDERFUL with him. Thank you, Dreaming Earth! I look forward to doing more business with you!

Sarah Becker
18:59 05 Apr 18
I am a massage therapist and esthetician and I love these products! The essential oils are high quality and I use them for skin benefits in my facials and for muscle benefits in my massages. I diffuse them at home to stay healthy and sleep better. I have been very satisfied with all of the products I have purchased. And the customer service is great, super friendly and a quick response . I love that I can feel confident everything I buy on this site is of the highest standard.

Judith Marsh
20:01 04 Mar 18
Great oils! I can't do without their organic lavender and their frankincense. Plus just excellent and kind customer service--love this company.

Judy LeRoux
17:57 22 Aug 17
I have been buying from Dreaming Earth Botanicals since they opened. Their oils are great , as good as what I get from my other suppliers, which are one step from the farms. The service is excellent.

John Madura
15:13 18 May 17
I have been purchasing products from this company for 5 years now. I am impressed by the quality of the products and customer service that I receive every time I order. They have really been a life-saver for me. Keep up the great work guys!

BLUE HILL Essentials
19:42 02 Mar 17
Dreaming Earth Botanicals is the supplier we trust the most. Their oils are pure, their prices are terrific, and they keep their word. They have gone out of their way to always put the customer first.

Kasey Jackson
02:17 02 Mar 17
We get all of our products from Dreaming Earth Botanicals. We have been buying our oils from them since I started my business 6 years ago. Their prices are great their customer service is beyond excellent! We love these guys!!
Next Reviews
→ Leave us a review! 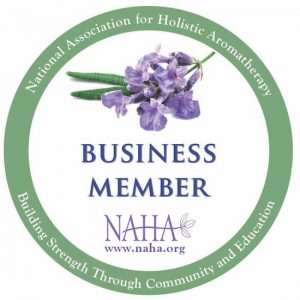